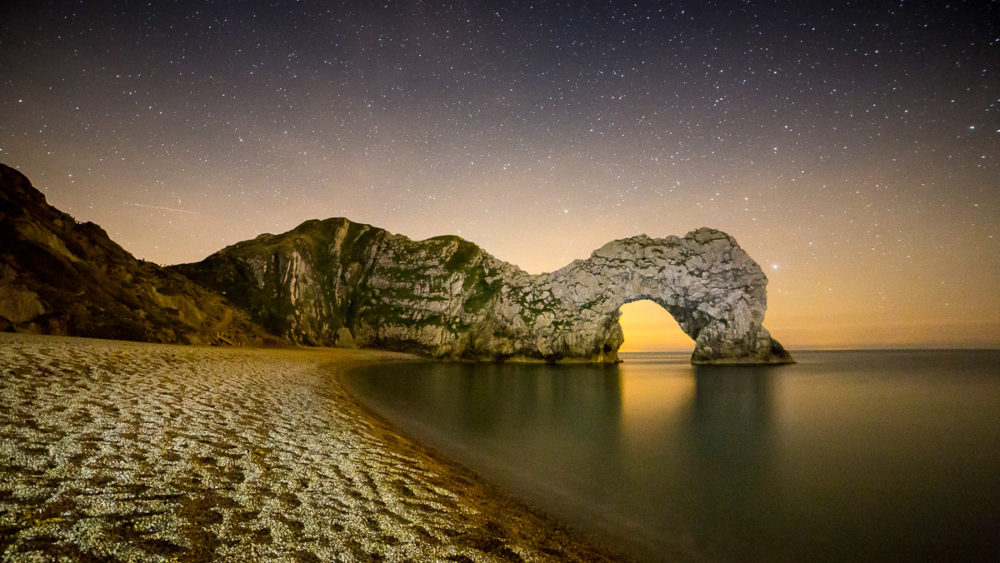 Despite a couple of rather long days I decided to jump in the car last night and head for one of my favourite locations, Durdle Door. I’ve been to Durdle Door several times before, but never at night. Those that have been before will know that you have to drive through a holiday park to get to the cliff top car park. My worries about whether the machines at the car park would take a card were soon a no longer a concern as upon arriving at the holiday park I found the gate shut and locked. After an hour and a half in the car I wasn’t giving up so found a nearby spot to dump the car.

As I walked down to Durdle Door it seemed like I had a good night for it. I used a torch for part of the walk and I now realise that I need to invest in a head torch. Once the danger of accidentally walking off a cliff had passed I killed the torch to let me eyes adjust to the darkness. The skies were clear all but for a bit of cloud over Poole and the waxing moon meant I didn’t have to worry about more light pollution. While there were plenty of stars visible I knew from doing some homework that it was the wrong time of year to get the Milky Way in shot above Durdle Door, but this was going to be a good test run.

This was my third outing with the Samyang 14mm f/2.8 and it’s still proving itself to be a great choice for this type of photography. As well as capturing shots with purely ambient light, I decided to switch the torch back on a experiment with painting with light. It’s a concept I’ve used before but not on landscapes; it was certainly a useful tool for bring out the detail on Durdle Door. I also experimented with using the torch to illuminate the foreground.

It was a good rehearsal for when I will undoubtedly return to photograph the Milky Walk. Thankfully no one mistook my waving a torch around on a deserted beach at night as a distress signal and I was able to capture this series of shots. 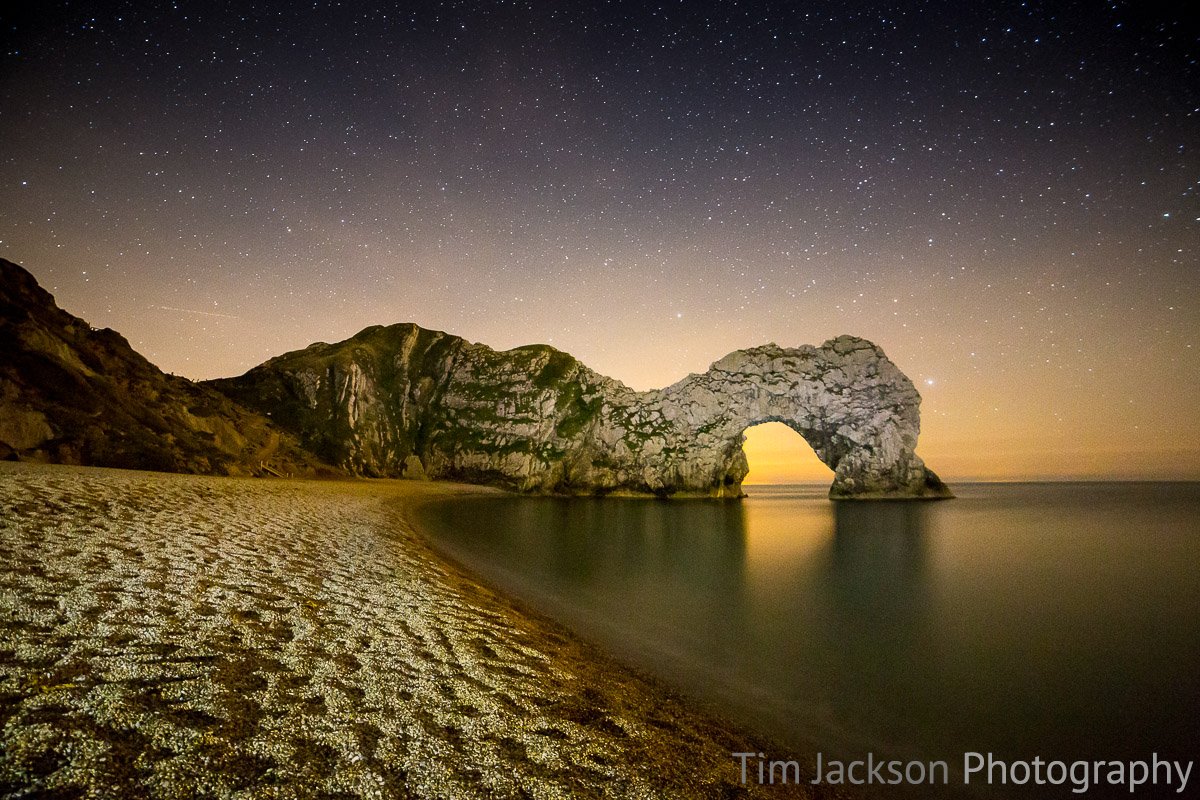